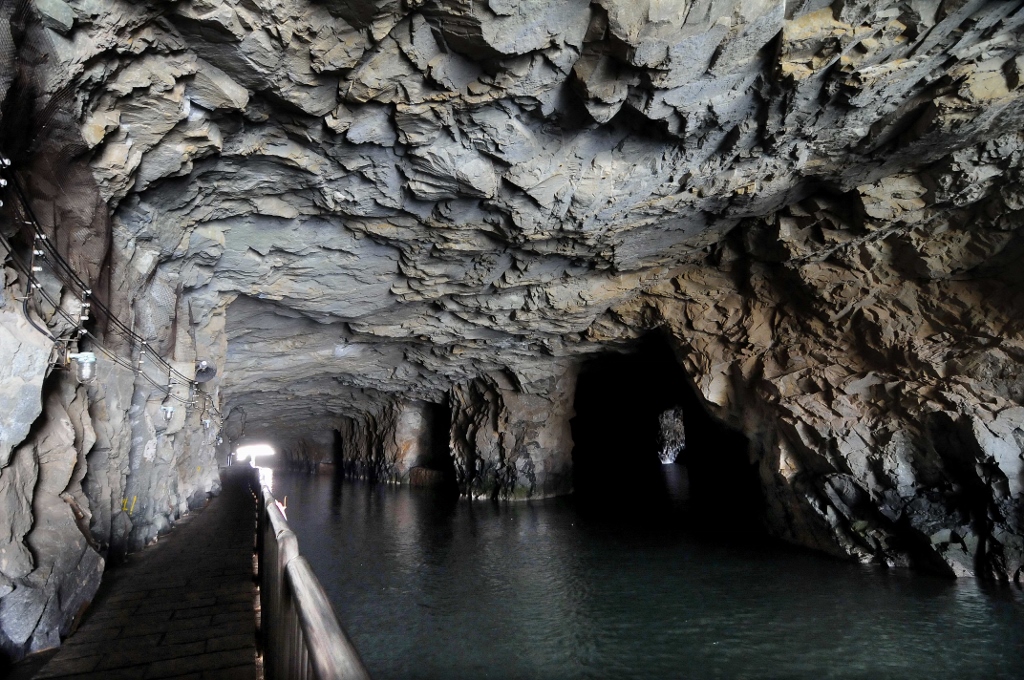 WITNESS THE STORIES FROM WARTIME PAST.

Lieyu Township, Little Kinmen Island is between Kimen Island and Xiamen Island. Since it is only 7 kilometers away from Xiamen Island at the closest point, in past times there was always war there and this area experienced frequent bombardments as well as many terrible battles.

From the Kinmen Pier take a ferry to the Little Kinmen Jiugong Pier and only walk a short distance to the entrance of the Jiugong Tunnel.  The tunnel is also called the Siwei Tunnel because it connects Jiugong and Siwei. It was built in a double J configuration and was important in the defense of the Jinlei waterway.

This underground water tunnel that connects Loucuo on Kinmen Island with Jiugong on Little Kinmen Island is more than 50 years old having been built in 1961. Soldiers blasted through sheer granite cliffs and carried all the gravel and stone to make this water tunnel. During the wartime era this tunnel was used for the transfer of army personnel and supplies. It is no longer used for shipping but is now a tourist attraction as a wartime landmark.

Inside the Jiugong Tunnel are various displays depicting the area’s wartime history and wartime experience. These displays also show how difficult it was to make this tunnel.  Outside the tunnel you can enjoy the peace of the harbor and it is quite enjoyable for a visitor to stroll on the seaside walkway.