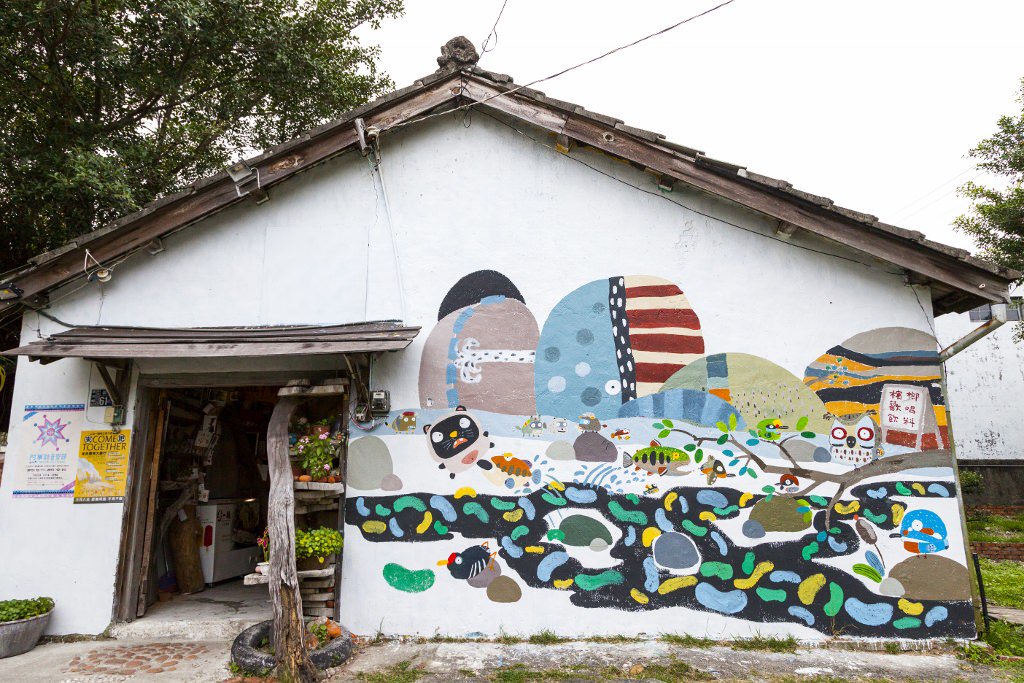 “Dulan Sugar Factory” is also called Sintung Sugar Factory Culture Park, which used to be a brown sugar factory, but it had ceased to operation in 1991. Under the guidance of Tiatung county government, it was transformed into a culture park initially named “Dulan Brown Sugar Culture Park,” but the local is used to call it Dulan Sugar Factory. The obsolete and unused sugar factory has developed to a space with cultural and creative arts. Becoming art workers’ studio, it was also built to the development of multi-purpose place, like art galleries, coffee houses, handicraft shops, restaurants, etc. While walking around the park, you can feel the differences.

Although the culture park was bombed by allied forces at the end of the Second World War, the structure of wooden houses, offices, a flag tower and factories still retain completely, especially the chimney towering into the sky, which is the most distinguished symbol of the sugar factory. In addition, there are several large warehouses becoming exhibition rooms of the local artists, such as “Siki Sufin’s” wood carvings and driftwood creations. He preserves the original thickness of the woods and its rugged indigenous style, which attracts a lot of collectors to purchase. Apart from selling drift wood furniture, “Warehouse 2,” operated by four art workers, also offers some potteries and accessories.

While walking into sugar factory, you can see a different style of the restaurant at the first sight. A Japanese style “Dulan Sugar Factory Café” used to be an office of sugar factory and turned into a coffee house nowadays, but still retaining its nostalgia feelings. The café, currently offering dessert and drinks, has a coffee salon inside as an exhibition room for the local artists. Apart from that, almost every Saturday nights at 8 p.m., it has live concerts presented by bands or singers from around the world and guests are welcome to sign together. Sometimes there are also performances on Friday nights. You can call the café shop to confirm first. In addition, art workers living nearby Dulan will come and have their stalls in front of the café shop sometimes. There may not have many choices, but these crafts are carefully designed from them, and you can find these great goods at other places.

A house situated in the middle of sugar factory with paintings on its external wall, is a handicraft shop called “Good Buy,” founded in 2008. Goods in the shop are all original handicrafts from Taitung and Taiwan. This shop was transformed by the local and artists, from an empty house to now hundreds of art and craft brands recruited and provided up to thousands of goods and that widen people’s eyes at the sight. There are many goods made from local materials, such as using Shell Ginger weave craft to design a basket and box, drift wood to produce a key chain, the collection of seeds to make accessories, which are stylish and a good taste of design. In addition, their independent CD record is the favorite good of tourists.