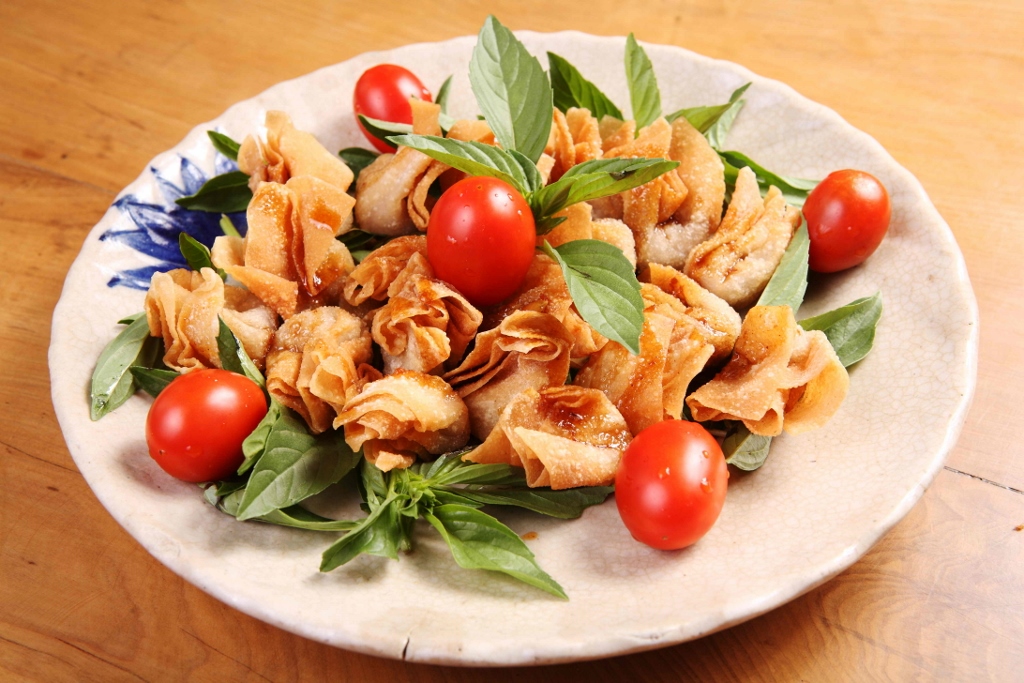 The Mandarin name of the restaurant carries the meaning of “four generations of farmers” literally. Hosting …

Safe ingredients, healthy diet The Mandarin name of the restaurant carries the meaning of “four generations of farmers” literally. Hosting the restaurant is a hundred-year-old restaurant, previously home to owner Wang’s great grandfather. Constructed with black bricks, hay, stone and red bricks, it demonstrates the traditional designing of Taiwanese buildings.Mr. Wang used to run a food stand in Taoyuan that operated all the way till midnight before moving to Hualien when the exhausted body called for some rest. At first he brought the family back to countryside to relax and repair the mind and soul, planned to return to country life. After some redecoration, they began business at home with homemade delicacies.

This is the dish Wang’s children has been having since childhood. Local grown rice neatly cooked – not too sticky, not too raw, drizzled with homemade lard oil. Allured by its intriguing scent and tastiness, regular customers often request for the rice to be served while the main course is still in preparation. Those normally have no more than half a bowl of rice tend to finish up to three bowls here. This explains how addictive it is.

Fresh fish cooked with soy sauce and home-pickled pineapples. As the fish used for this dish varies with season, customers get a different taste each time. Moreover, it tastes of sweetness and floral scents as it is prepared with fruits and flowers, offering a special texture appealing to the appetite.