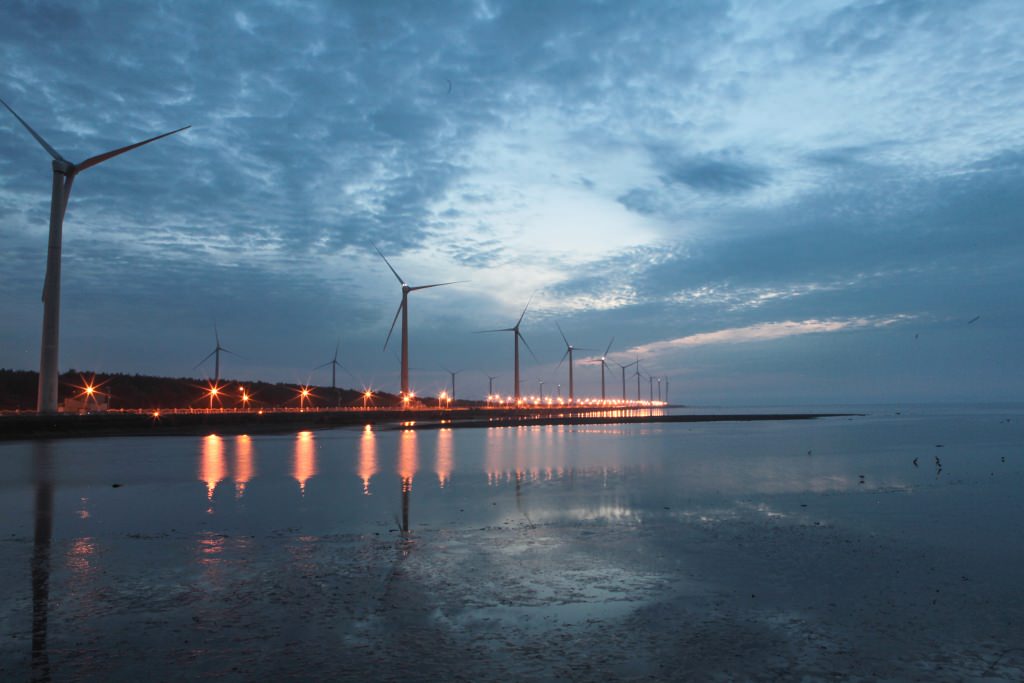 Kaomei Wetland, located south of Dajia River, is a beautiful must-visit attraction in the Qingshui District. Aside from …

A must-visit in Qingshui District

Kaomei Wetland, located south of Dajia River, is a beautiful must-visit attraction in the Qingshui District. Aside from having rich biodiversity, the world-class serenity is unforgettable.

Forgotten for more than 20 years

The area between land and water, submerged throughout the year or periodically, was a Japanese man-made beach during the Japanese Rule. The sea water was clear, and the sand was fine and dense; as a result, at the time, the beach was as popular as the wetland is now. The sediment problem on the beach, induced by the completion of the Port of Taichung, drove away tourists and eventually, the beach was shut down. After 20 years of inactivity, the abundance of natural resources and migrations from flocks of birds brought people’s attention back to this beach. After that, in the 93rd year of the Republic Era, the government announced this area as “Kaomei Wetland Preservation Area.&quot;

As a result, the wetland became a popular tourist attraction in the Central District. The Wetland contains three sections: one from the embankment which extends outwards for 400 meters and listed as a preservation area for Yunlin Bolboschoenus. This area is off-limits for tourists. Between 400 and 500 meters is the buffer zone, and likewise, visitors are prohibited. 500 meters outwards from the embankment is the sustainable area, where tourists are welcomed to use the boardwalk, play in the water and enjoy what nature has to offer.

According to the locals, Kaomei Wetland is a beautiful mistake. Two leading cause made Kaomei Wetland. One is, in the 55 th year of the Republic Era, the US army built a rock fill embankment, extended towards the offshore, which served as pipelines during the Vietnam War. The fuels, transported from the oil tankers offshore to the pump station located at North Kaomei, and then to Dayang Fuel Depot on Aofong Hill, were for the Military Aircraft at Taichung International Airport (previously known as Ching Chuan Kang Airport). The other is, in the 62 nd year of the Republic Era, the building of the Port of Taichung. Preventing the Dajia River sediments from depositing into the Port, the North Embankment of Taichung Port was built, which is the Kaomei Wetland, known as Taichung Port Sandspit. These two major developments caused the disappearance of the old Kaomei Beach and sedimentation.

Kaomei Wetland had never been noticed for 20 years after Kaomei Beach was shut down. Over the period when Kaomei was closed, locals in Kaomei used the area as landfill which included animal carcasses. Garbage and animals&#39; remains provided nutrition for the wetland, and thereby, the fiddler crabs thrived. Additionally, the Yunlin Bolboschoenus was like a mother to the swamp, with a cycle of life throughout the four seasons. Green buds in the springs, blossoms and blooms in the summers, ripen and withered fruits in the fall, and to fallen leaves in the winter provided sources of organic matters for benthos. After benthoses were well fed, migrated birds arrived in time to feast. The development of the food chain helped Kaomei Wetland thrive.